Scripting gives users the ability to add customized behavior at certain times during data processing, allowing great flexibility in implementing rules and actions custom tailored for a specific business. The scripts are written in the C# programming language and allow a great deal of added functionality. For example a script can be written so that each time a document is about to be saved, the script will examine the line items on the document and cancel the save if any of the line items have been discontinued and preventing the selling of items that are no longer available.

Scripts are implemented through settings.

To create or edit scripts, click the ellipsis (...) on the right side of the input field on the desired setting to open the script editor. 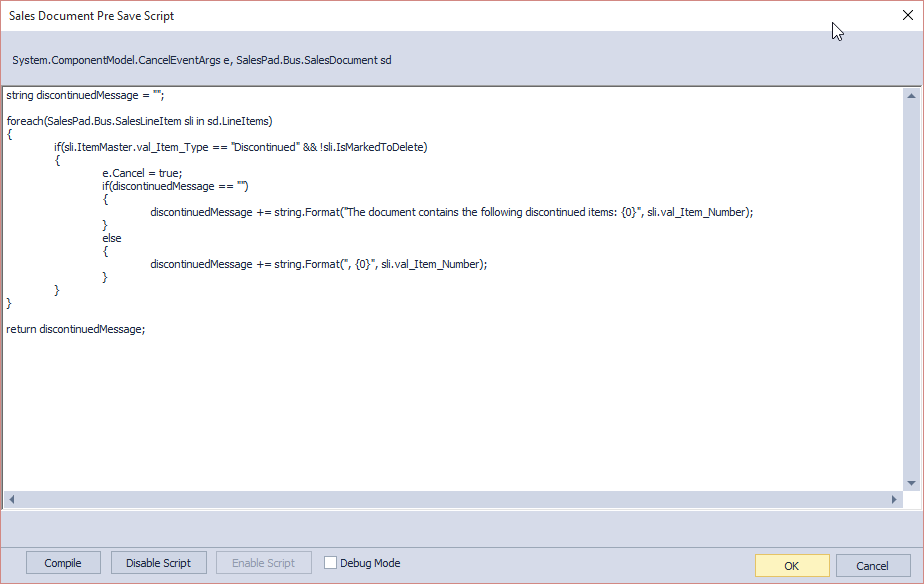 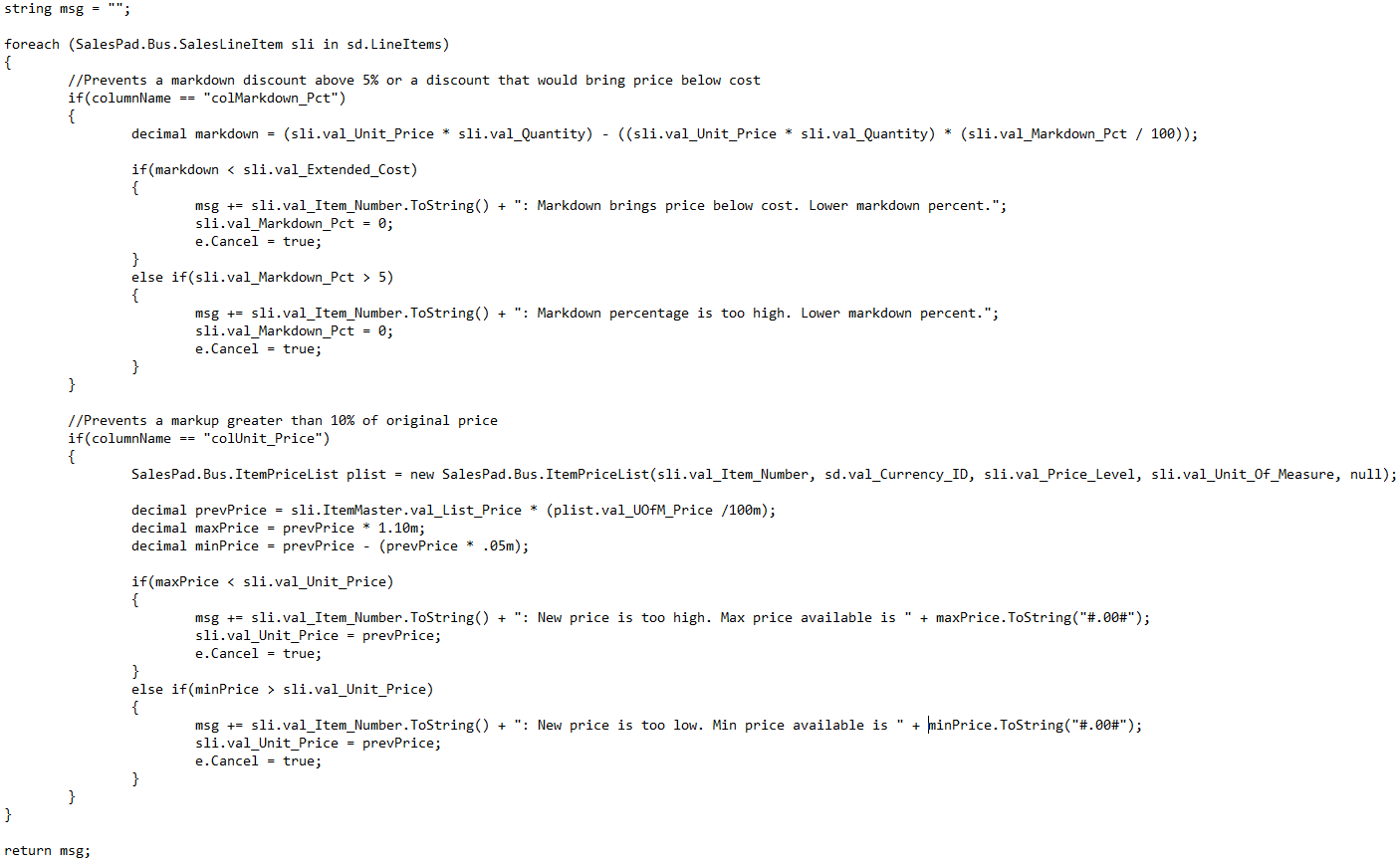 Script runs before saving a document that will cancel the save if any of the line items on the document are being sold too high or too low of the items cost.

Choose files or drag and drop files
Was this article helpful?
Yes
No