Selecting a prospect opens a Prospect card, which has 4 tabs.

The Prospect tab shows the prospect's Bill To and Ship To addresses, as well as prospect properties such as Name and Sales Territory. If the prospect has a website, selecting Go To Website from the slide menu can open that website in a browser. 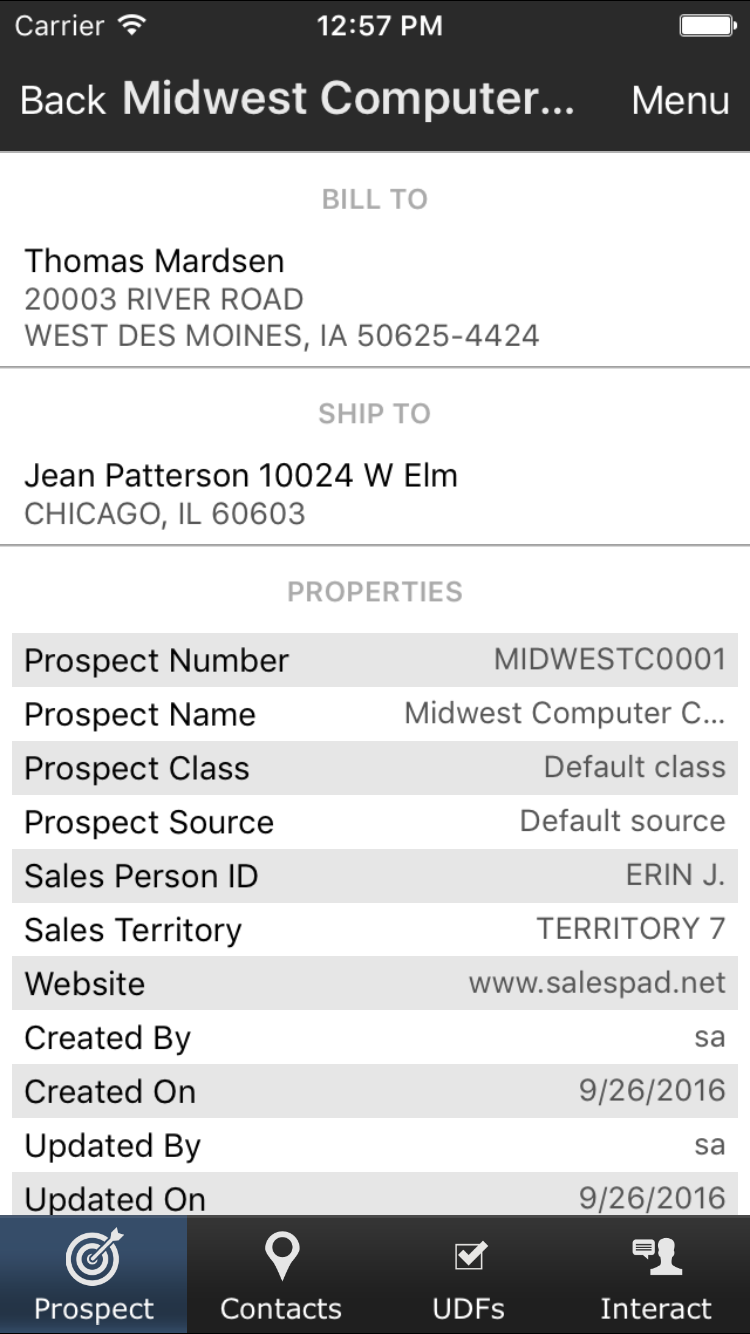 The Contact tab shows a list of contacts which are linked to the prospect. Tapping one of these contacts currently does nothing. 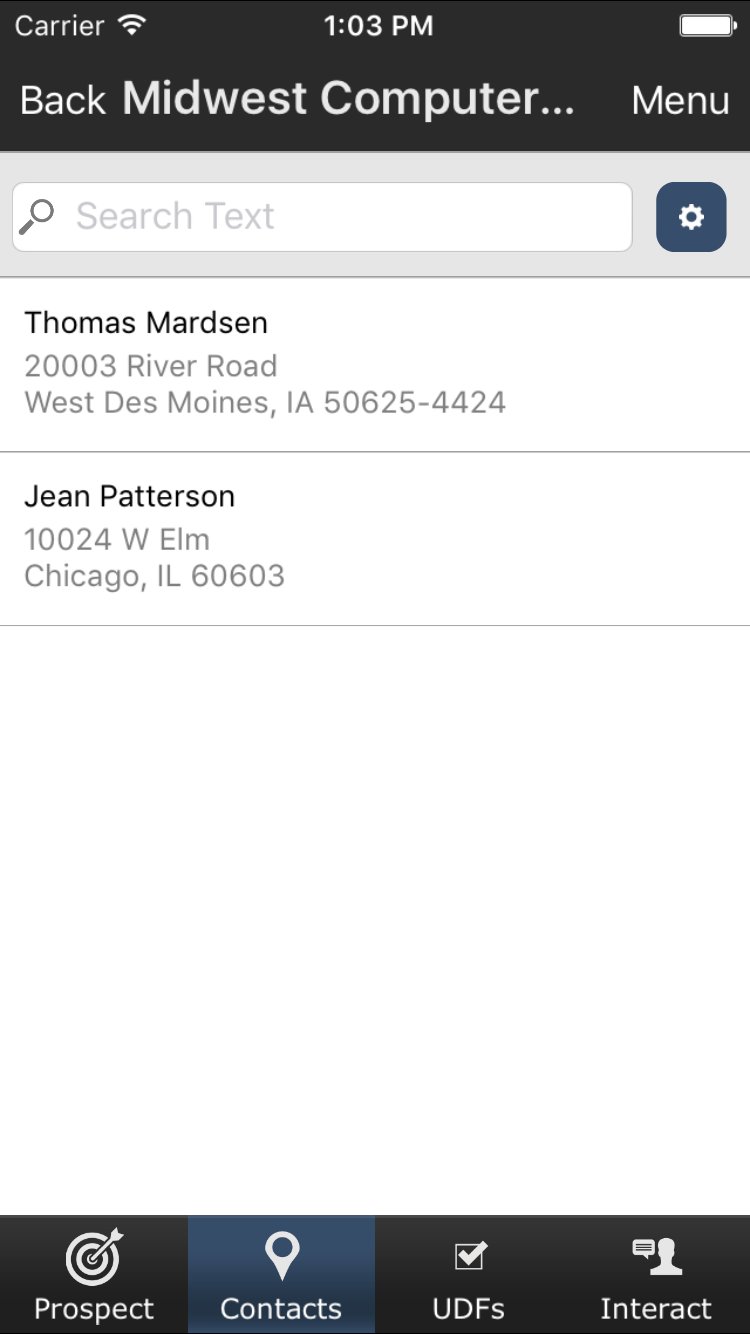 Almost all of this functionality is available while the app is offline, with the exception of the UDFs tab and deleting interactions which were synced to offline.

There are a few security settings which control the functionality of prospects, most notably Can View Prospects, which is required in order for prospects to appear in the mobile app at all. They are located in the Prospects section of the Access Security plugin in the Security Editor.

Can View Prospect UDFs - Determines whether or not User Defined Fields for prospects are visible on the device. Defaults to True.

Can View Prospects - Determines whether or not prospects are visible on the device. Defaults to False.

Viewable Prospect Columns In Properties - Select the Prospect columns that can be viewed in the Properties section for prospects. Defaults to all columns.